We woke up a lot earlier on Sunday than we had on Saturday. The early start was mostly my doing, since I wanted to make sure we had enough time to spend at Animal Kingdom (which closes at 5:00). I had gone there last year early with Eddie, and while we saw a couple of things, there were definitely some things on the park map that I would've liked to have caught but we didn't have time for. I had some Frosted Flakes for breakfast, and we were ready to hit the park by 9:30 AM.

When we arrived, we weren't really sure where we wanted to go, so we defaulted to my favorite ride last year, DINOSAUR. We briefly debated getting Fast Passes, but the twenty minute wait seemed reasonable enough. Then, it turned out it was more like a five minute wait when we actually got in line, so Fast Passing it would've felt foolish. Next on our to-do list was the Kali River Rapids. Kevin and I were both eager to do this one, but the warnings of getting wet were enough to make my mom shy away from it. The line wasn't too long (a legit 15 minutes), so we waited in line and my mom watched from the concourse (a picture of us on the ride is down with the ride reviews). 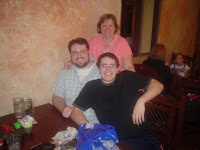 Kevin hadn't eaten anything all day, and as usual, I could eat, so we went to get an early lunch at the Yak & Yeti, a "pan-Asian" restaurant that is as advertised. It's got Chinese, Japanese, Indonesian, and Thai cuisine. My mom ordered the crispy honey chicken, Kevin got the baby back ribs, and I got the tempura shrimp. Additionally, we shared an order of pot stickers and an order of wok-fried green beans. Everything was AWESOME. Without hesitation, this was the best meal we had all trip. Every dish was flavorful, different, and delicious. We ended up sharing pretty much everything, and amazingly, everyone liked everything. Animal Kingdom isn't amazing when it comes to rides and such, but this restaurant might push it over the edge as a park I'd recommend.

After our fantastic meal, we grabbed Fast Passes for the Kilimanjaro Safari to ride it in about an hour, and walked around looking for ways to kill time. This first manifested itself in a couple of photo opportunities: 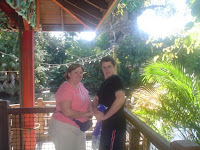 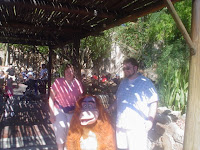 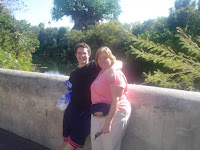 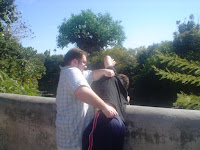 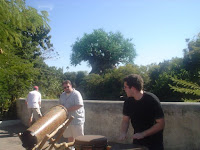 When I went to Animal Kingdom last year, I went on the Maharajah Jungle Trek. It's basically just a path through a zoo, but it's much smaller than a normal zoo, and only has animals from India and southeast Asia. It was interesting the first time, so Kevin and I set out for that. Meanwhile, my mom watched a show called Flights of Wonder, featuring exotic birds. She said it was cute, a little cheesy, but enjoyable. We then headed off to our safari, our last ride of the day at Animal Kingdom.

At about 2:30, we had done most of the stuff at Animal Kingdom we wanted to do, and since it was a warm day and we'd done a lot of walking, we decided to head back to the resort. We were planning on hitting up Hollywood Studios later as well, so we didn't want to exhaust ourselves at Animal Kingdom.

The day continues in Day 3, Part 2, which will be posted this evening.

Dinosaur (4/5) - Would've gotten a 5/5 last year, but the surprise factor is pretty important when it comes to the thrill rides. Also, last year I was in the front row, which is a little more scary when those giant dinosaur jaws are coming at you. Still, very fun. 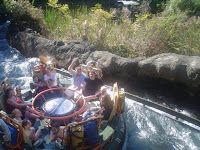 Kali River Rapids (4/5) - The four stars say a lot about how much fun this ride is at its best, because generally it's very tame. You ride around at a slow pace, go up a few lift hills, have a few decent drops, and one great one. And you get very, very wet. The warning signs they have are appropriate: "You will get wet. You may get SOAKED."

Maharajah Jungle Trek (3/5) - It's really more of a two star attraction, but while we were watching the tigers, one of them stood up and sauntered over to the glass. The beast was maybe three feet away. That was a thrill. Pictures from the trek below (mostly of tigers...they're awesome): 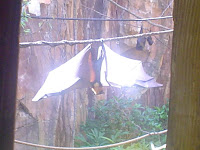 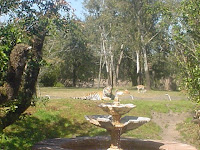 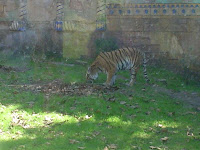 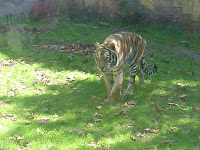 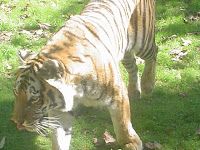 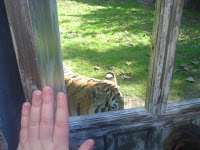 Kilimanjaro Safari (2/5) - One of the more disappointing rides. The safari vehicles you take are so rigid, and the path you take is so bumpy, that most of the time I couldn't get good pictures because I was too worried that I'd lose the camera. The Jungle Trek was better because you got to see a few animals really close. The Safari was mostly viewing from a distance, which I get is safer when there's no glass wall, but makes for a less impressive experience. Here are the pictures that didn't suck too much: 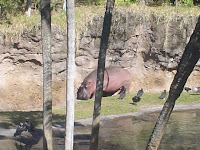 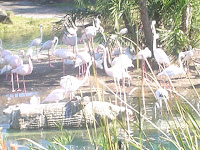 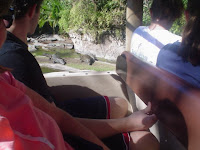 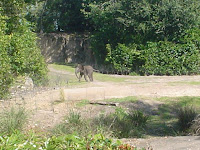 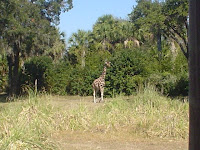