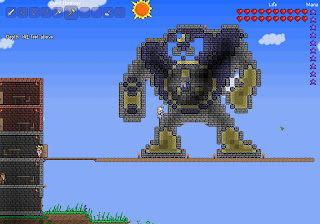 With the final free agent signed this morning (Alzner 2 years 2.57 mil) I am really starting to get pumped for next season. While there are still decisions to be made in camp I thought it would be interesting to see what the starting line combinations could be on opening night. Here we go:
LW C RW
Alex Ovechkin Nicklas Backstrom Mike Knuble
Brooks Laich Marcus Johansson Alex Semin
Joel Ward Jeff Halpern Troy Brouwer
Jason Chimera Mattias Sjogren Matt Hendricks
D
Mike Green Roman Hamrlik
John Carlson Karl Alzner
Jeff Schultz Dennis Wideman
I think Jay Beagle and Erskine round out the scratches. While some people might envision things a little different this is how I see the Caps starting out the year.
First Line: Ovi, Backstrom, Knuble.
I think this top line for the pass two years stays intact because of the familiarity. Keeping this line together will provide offense to start the season until other players find their role and learn the system.
Second Line: Laich, Johansson, Semin
This comes down to talent and money. To me if you are paying Laich like a 2nd line center he has to at the least play wing on the 2nd line. Semin is a world class talent when he's on. Finally I think Johansson really matured towards the end of last season. Johansson's speed and ability to handle the puck should allow this line to really contribute.
Third Line: Ward, Halpern, Brouwer
Lots of people see Halpern as a fourth line center and I think that will eventually happen once Sjogren (or Eakin) really step it up and learn the style and speed of the NHL. However I think Halpern with these two wingers provides grit, defense and physicality.
Fourth Line: Chimera, Sjogren, Hendricks
When did you ever see our fourth line contribute goals last year. It didn't happen. I think Chimera paired with either Sjorgren or Eakin's speed will cause a lot of havok from a 4th line. As I said above I see Halpern sliding back to this role if either young guy can make the next step.
D Pairs:
Carlson and Alzner together is a very easy decision. They logged big minutes against top talent. I thought for a while on the other two pairs and decided that Hamrlik was brought in for a reason. That being to give Green a complement combo Dman that can both play D and chip in offense. And that is what Green has become a overall solid D man. I think Schultz will rebound after a terrible year. The mono over the off season seemed to slow him down and leave him weak which (for a guy can struggle with both) caused him to struggle. He will provide stay at home D while Wideman can jump into the rush.
Sjogren vs Eakin:
The reason I went Sjogren over Eakin was for two reasons. First Eakin really struggled at the development camp. I think the incredible about of hockey over the last year has taken its toll on him. I think he will still be run down at camp and not be able to show off the speed and skill that almost got him a spot last year. The other reason for picking Sjogren is simply that he came to the Caps over several other teams. Its possible that his friendship, Johansson, and respect for Backstrom caused him to pick the Caps. However a more likely situation is the Caps told him they would give him every chance to make the team. With a tired Eakin being his competition he will be successful in making the team.
By Downtown at July 15, 2011 No comments:

(If you haven't read the first book of the trilogy, The Hunger Games, you shouldn't read this review; things will be given away.)

Catching Fire is the second installment in the Hunger Games series. The first book, you may remember, is one that I spoke glowingly of when I reviewed it about a month ago. Because of how much I liked it, my expectations were sky high for Catching Fire, and honestly, I wasn't even remotely disappointed.

Catching Fire picks up right where The Hunger Games leaves off, with Peeta and Katniss returning to District 12 as victors of the 74th Hunger Games, a brutal contest between youths from around the country, drafted into mortal combat.

Their victory was marred by their methods, though; the Hunger Games always has a single victor, and Katniss' trickery was read by many districts as a sign of rebellion. After an unpleasant meeting with President Snow, she sets her efforts on convincing the country of Panem that her tactic was driven by her overwhelming love for Peeta, rather than defiance. Peeta goes along with this, though he deals with the excruciating truth that Katniss was acting in defiance, while his love for and devotion to her is absolute. Their individual anguishes are born of different pain, but the author makes them similarly palpable.

Part of their victory tour takes them into District 11, the home of Rue and Thresh from their Hunger Games. Their presentation to the crowd, and the emotion of the scene, creates maybe my favorite moment in the entire series. I won't spoil it, but if you've already read it, you'll agree with me when I say...

The book strikes me as very much the "Empire Strikes Back" of the trilogy, which I guess is how most trilogies work. It continues the original story, and offers a character-building and plot-pushing bridge between the introduction and culmination of the story. It starts much more slowly than The Hunger Games, but finishes with intense and frantic action. I would still say that The Hunger Games is my favorite of the series, but Catching Fire is right there, neck-and-neck.

The Last Word - Listen, I highly recommend the whole series, so it's tough for me to make an individual recommendation on this specific book. But it's great, as entertaining as The Hunger Games. Go. Read it. GO.
By GoodPointJoe at July 07, 2011 No comments:

Movie Reviewed - We Are Marshall

So if you know me at all, you know I'm a sucker for grief. It's kind of my favorite thing when I'm watching movies or TV. It's not to say that I enjoy seeing other people in pain, of course. It's more that, in movies, I think we all look for opportunities to connect with the characters. And grieving folks are the kind of folks I can connect with.

So, naturally, a movie about an entire town that grieves is something that I'd expect to be able to appreciate plenty. We Are Marshall follows the surviving players and coaches of Marshall University and how they endured through the tragic loss of most of their colleagues, teammates, and friends in a horrific plane crash. Just as much, it's about the town of Huntington, and how it was devastated by the tragedy.

For such a heart-wrenching story, though, the grief of the college and the town just didn't feel real enough. My heart strings are easily plucked, but for most of this movie, they sat idle. I'm not sure if it's because you don't have a chance to get to know the people who die before the crash, or if the movie's intention was to show the triumph of the survivors rather than their pain.

One thing's for sure, though: this movie did not suffer for acting prowess. Matthew McConaughey is brilliant as Jack Lengyel, the enigmatic coach who reached out to the grieving community and pushed the institution and the NCAA to help Marshall play their next season. Kate Mara and Ian McShane play the fiancee and father (respectively) of the team's deceased quarterback, and both perform admirably in relatively minor and layer-less roles.

But the real star of this film is Matthew Fox. He expertly portrays a man torn between his grief over the loss of so many of his dearest friends and his devotion to the game and school where he worked and lived with all of them. Before the very end of the movie, I had We Are Marshall pegged for three stars on Netflix, but Fox's scene in the locker room after the game against Xavier was poignant, emotional, and perfect. If you haven't seen the movie, I suggest you don't click here, as I'm sure it doesn't hold the same gravity without having seen the character's anguish. But I just couldn't write this post without linking to the video of it.

The Last Word - It was a good movie that wasn't quite as emotional as I'd hoped, but is brought up a level by Matthew Fox's tremendous performance.
By GoodPointJoe at July 06, 2011 No comments: