In the first leg of this journey, I looked at the three starting pistols in CS:GO. This time, I'll be looking at the three pistols that are always available to players for purchase, regardless of team or loadout: the P250, the Dual Berettas, and the big money pistol, the Desert Eagle.

It's taken me a little while, but I've gotten to the point where I buy a P250 anytime I'm not buying a high-end rifle. It's low-cost, good rate and ammo and accuracy, and solid armor penetration, which is vital in those middle rounds when everybody's got armor.

That said, while it's an amazingly useful gun, the P250 doesn't have a whole lot of exciting skins. Here are the best of the bunch, but like I said, not that exciting. 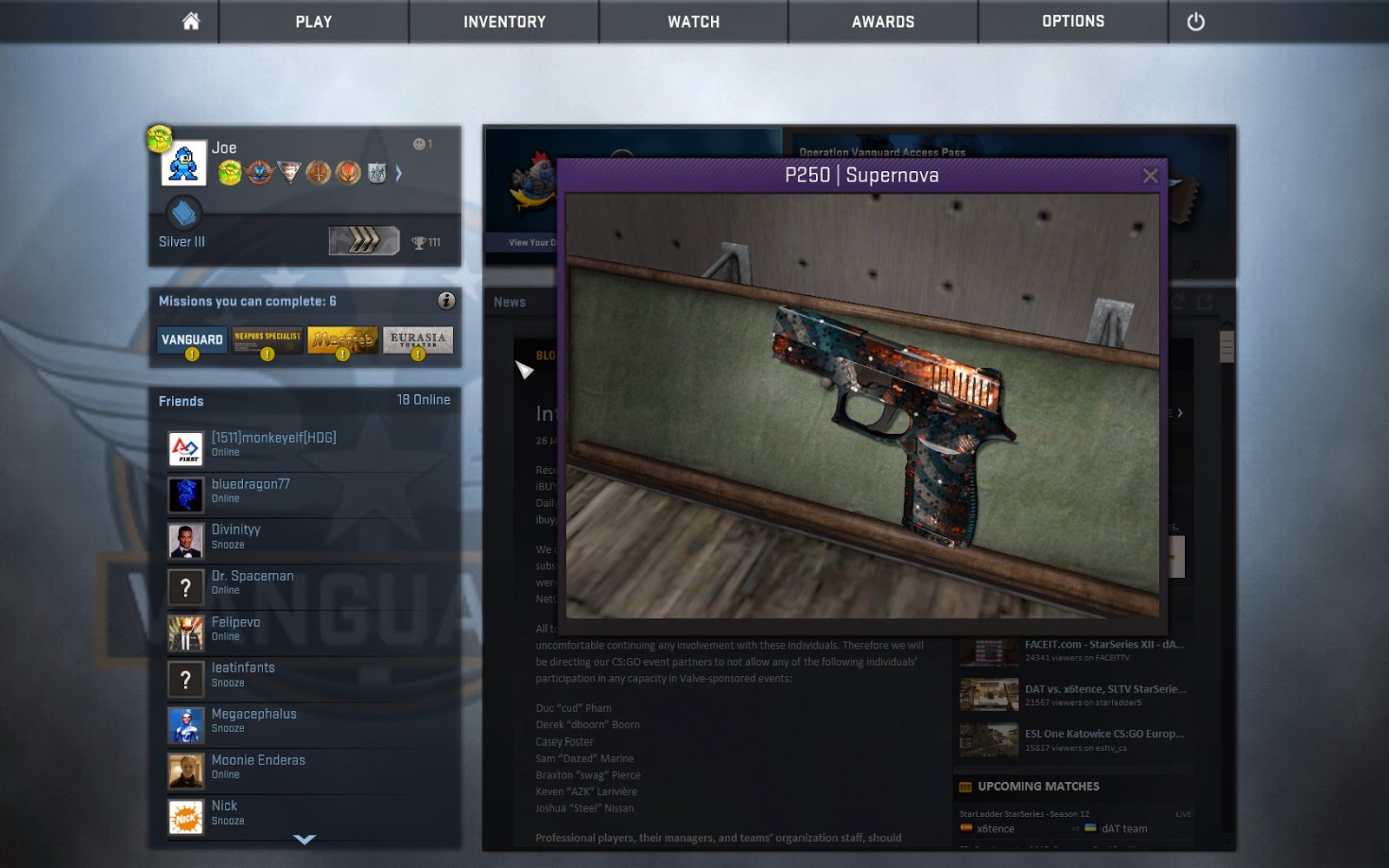 The Supernova skin is one that I think actually looks better the less you look at it. At first glance, it's got a cool color scheme and sort of an interstellar vibe (hence the name). But when you really stare at it, to me, it doesn't hold up. The sharpness of a lot of it seems counter to the theme. It's still a fine-looking skin, just not as good as it maybe could have been. 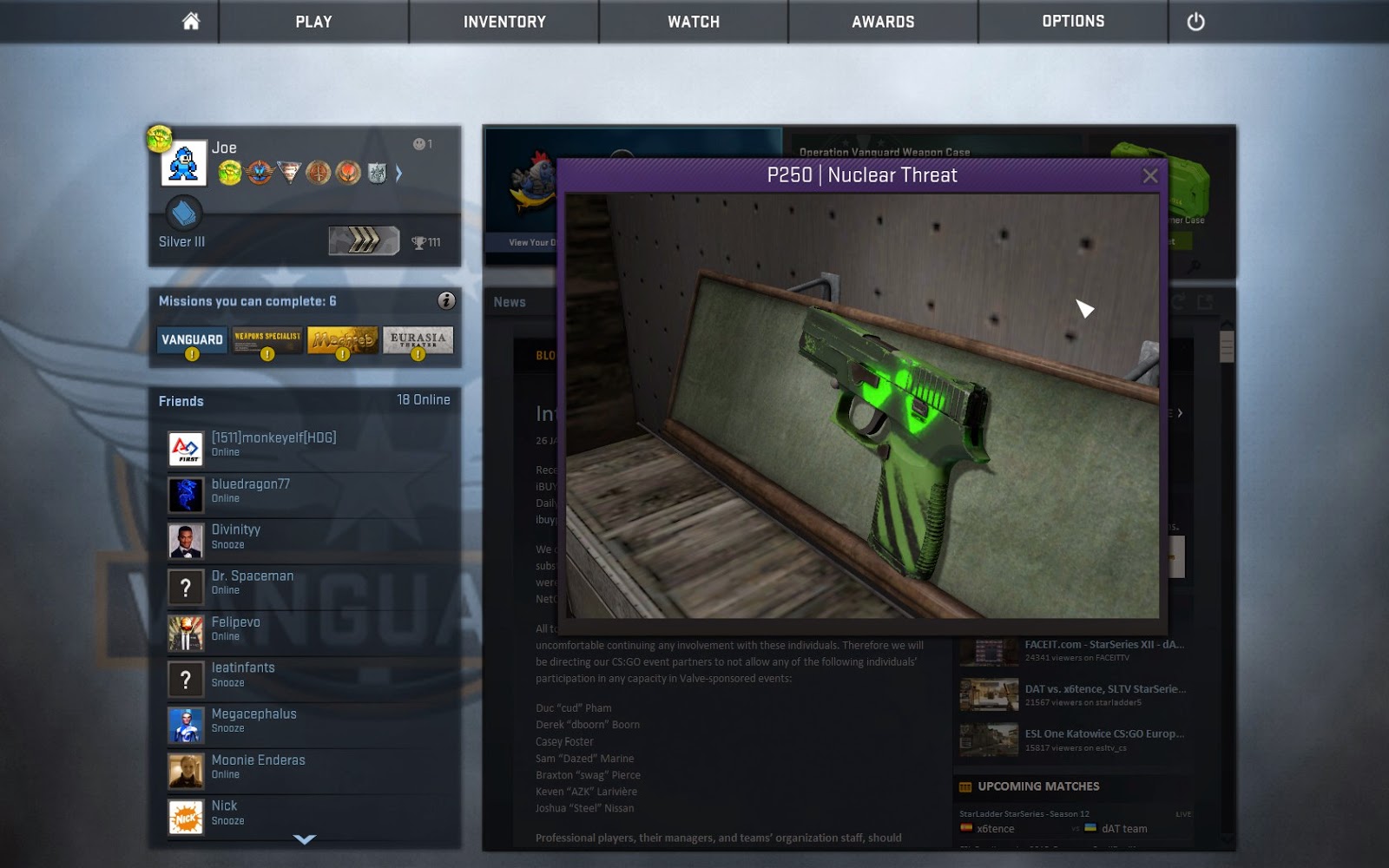 The Nuclear Threat is probably the P250 skin I would want to use on a regular basis. While it's not as "attractive" as my #1 option, it's a bit more flashy in a smooth kind of way. It's also very distinguishable from the base option, which I do kind of like. Plus, Nuke is one of my favorite maps. 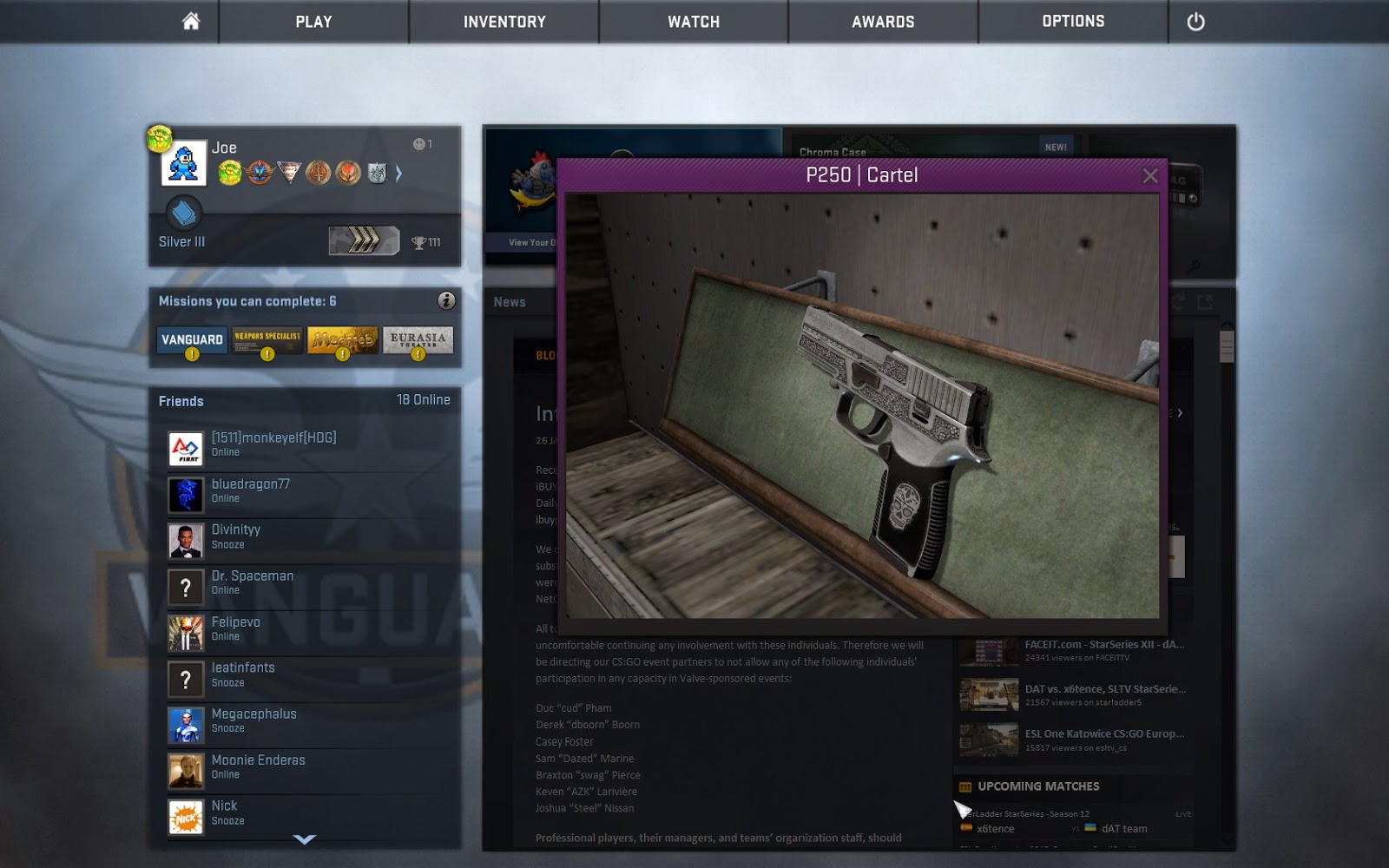 In a vacuum, Cartel is my favorite P250 skin. It's sharp, uses blacks and silvers and greys, and overall looks fairly realistic. As I said, I think I'd prefer to play with the Nuclear Threat. But the Cartel has all the aspects I like in a weapon skin.

I do not enjoy using the Dual Berettas. While I appreciate that they've got a lot of ammo, and the damage is okay, I just find that the accuracy isn't great and the accuracy "feel" is even worse. I remember in the original Counter-Strike I enjoyed the feeling of wielding two guns, but in here, with a better appreciation for how well (or poorly) I'm playing, it's less appealing.

It's basically the opposite of the P250 though, because there are several Beretta skins that I enjoy. None of them is a high-rarity skin, since the gun isn't widely used. But as someone who appreciates a level of subtlety, the Beretta skins are right in my wheelhouse. 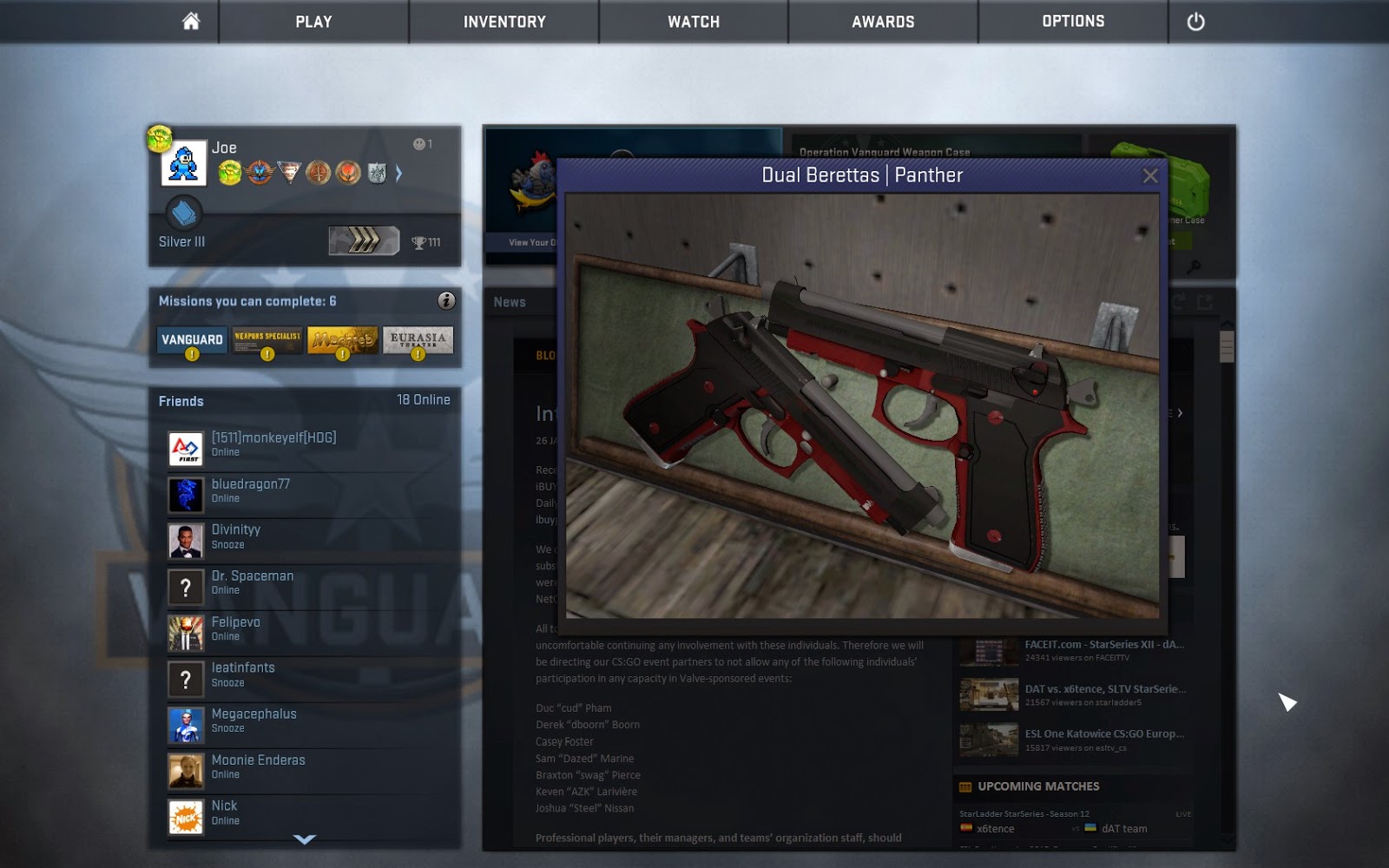 The Panther skin is the essence of subtlety. Black guns with red highlights just to give it enough character to be unique, that's what I like. They look good in-game, too. 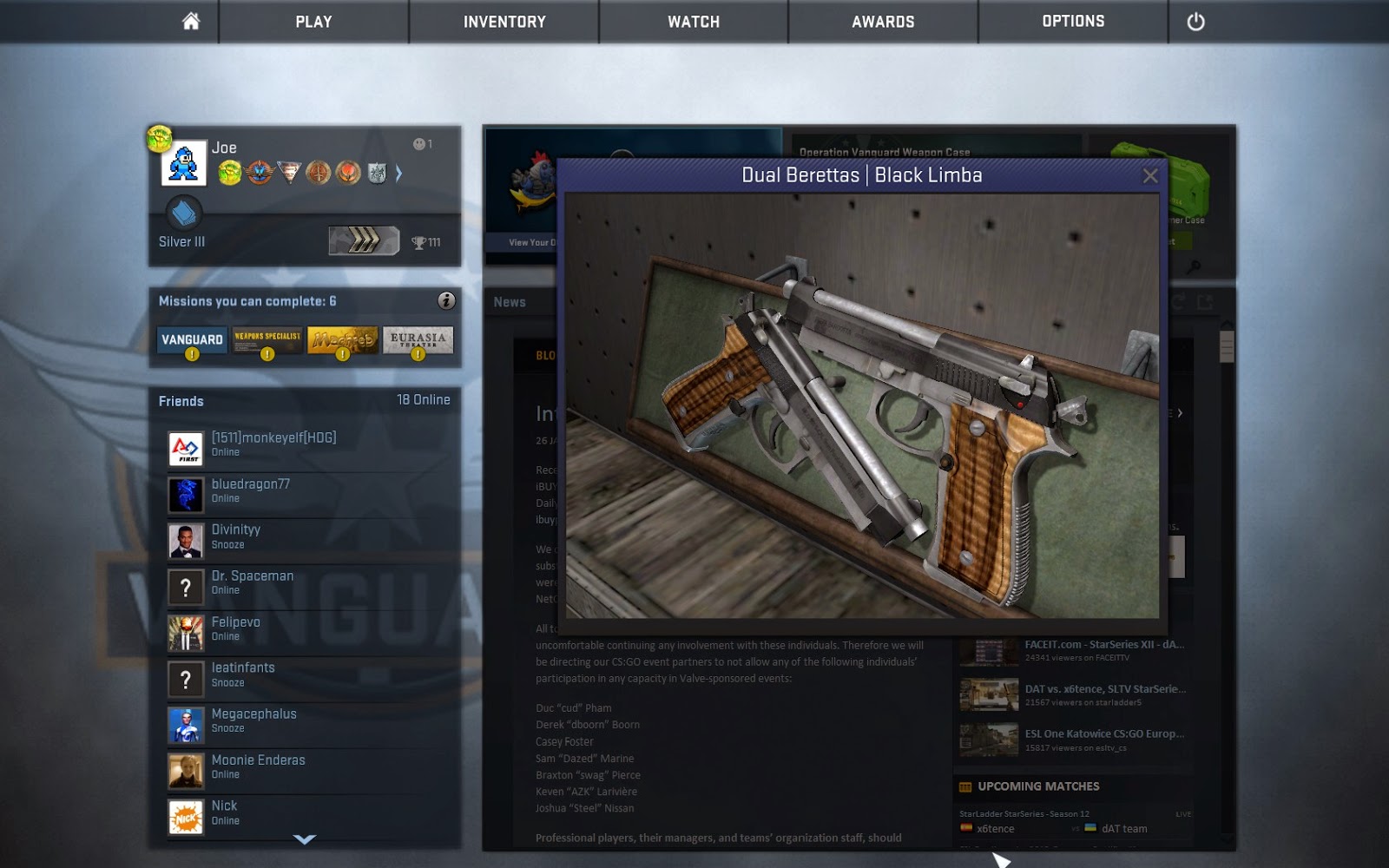 Black Limbas look a lot like the base Beretta skin, but with a bit more severity, a bit more of a "criminal underworld" hue. I like the base skin a lot, so I like these a lot, but I like these more. And if I'm being honest, I occasionally buy Berettas in casual games because using this skin makes me feel like an outlaw. 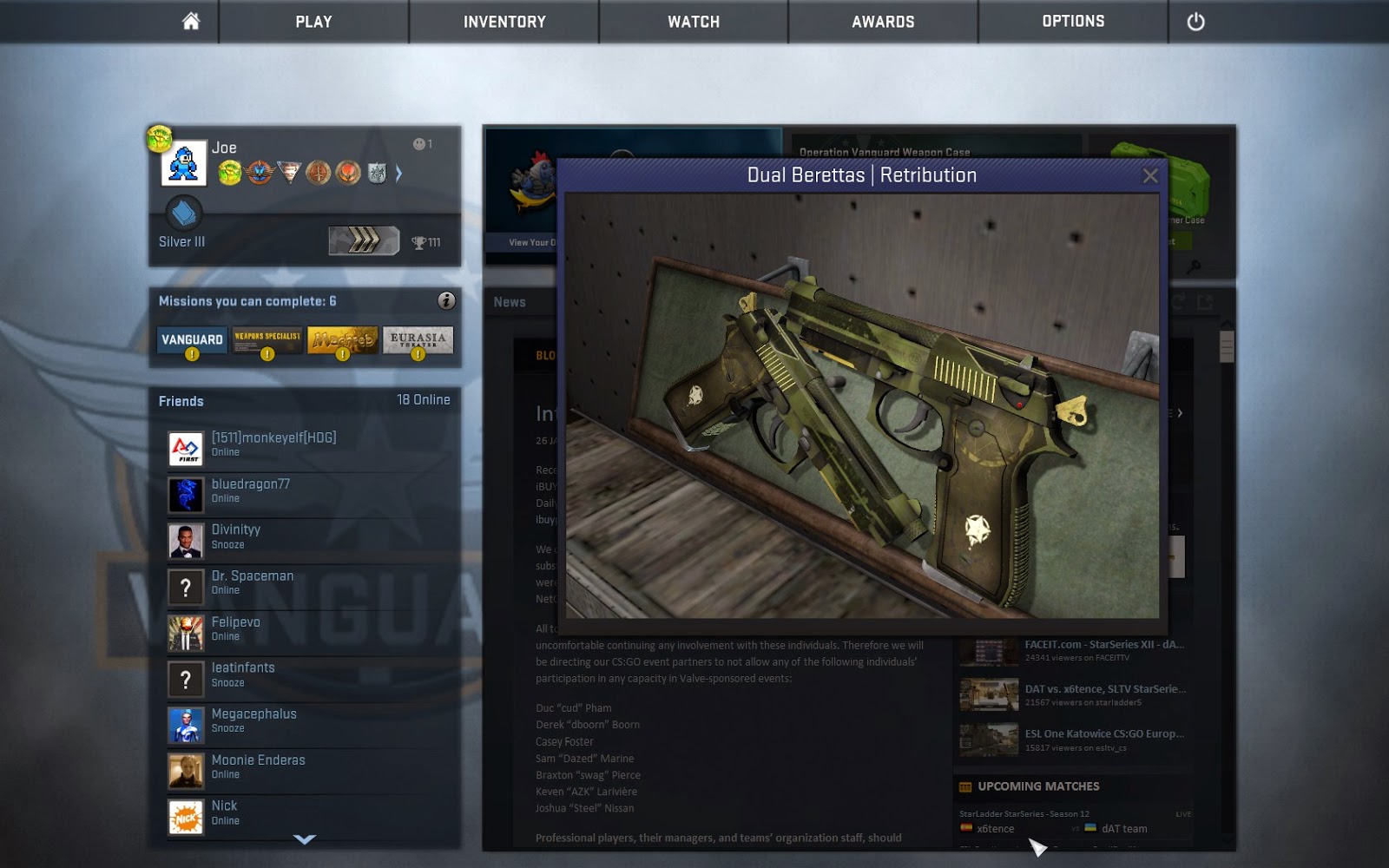 As much as I like the other skins I've mentioned, Retribution is easily my favorite weapon skin for the Dualies. When I was a kid, I played with a lot of G.I.Joe toys, and for some reason this skin reminds me of that. In addition to being a slick-looking skin, nostalgia puts it way over the top.

The Desert Eagle is the glamor pistol option. It's the most expensive and most powerful, but with its small clip, it's a high-risk, high-reward option. I hardly ever buy it myself, but if I come across one dropped in a pistol round or some such, I'll give it a whirl. I'll also occasionally buy it when my primary is a P90, to give myself a better option at range.

The skins for the Desert Eagle are all up and down the range. But because it's that "glamor" option, they tend to be a little higher on the rarity spectrum, which means they're often quite attractive. Plenty of good options, but here are my favorites. 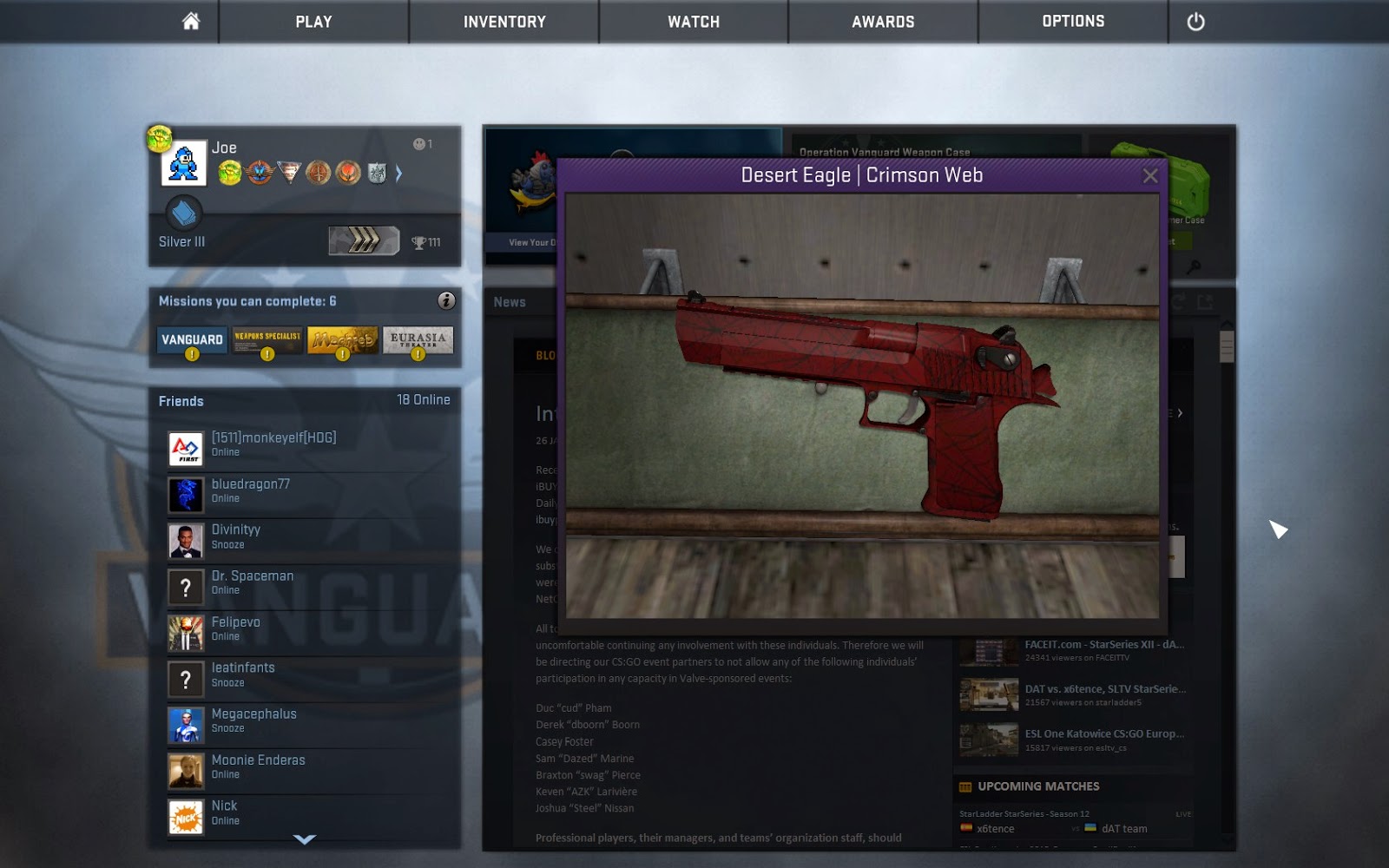 I find myself swinging a lot with regards to how much I like the Crimson Web skin on the Desert Eagle. Sometimes it looks amazing, first-rate. Other times, it looks unassuming and unspectacular. The particular image of it above is more the latter, but it still looks alright. I'd like a little more of a "webby" look, and less of a "fractured earth" look, but it's still nice enough. 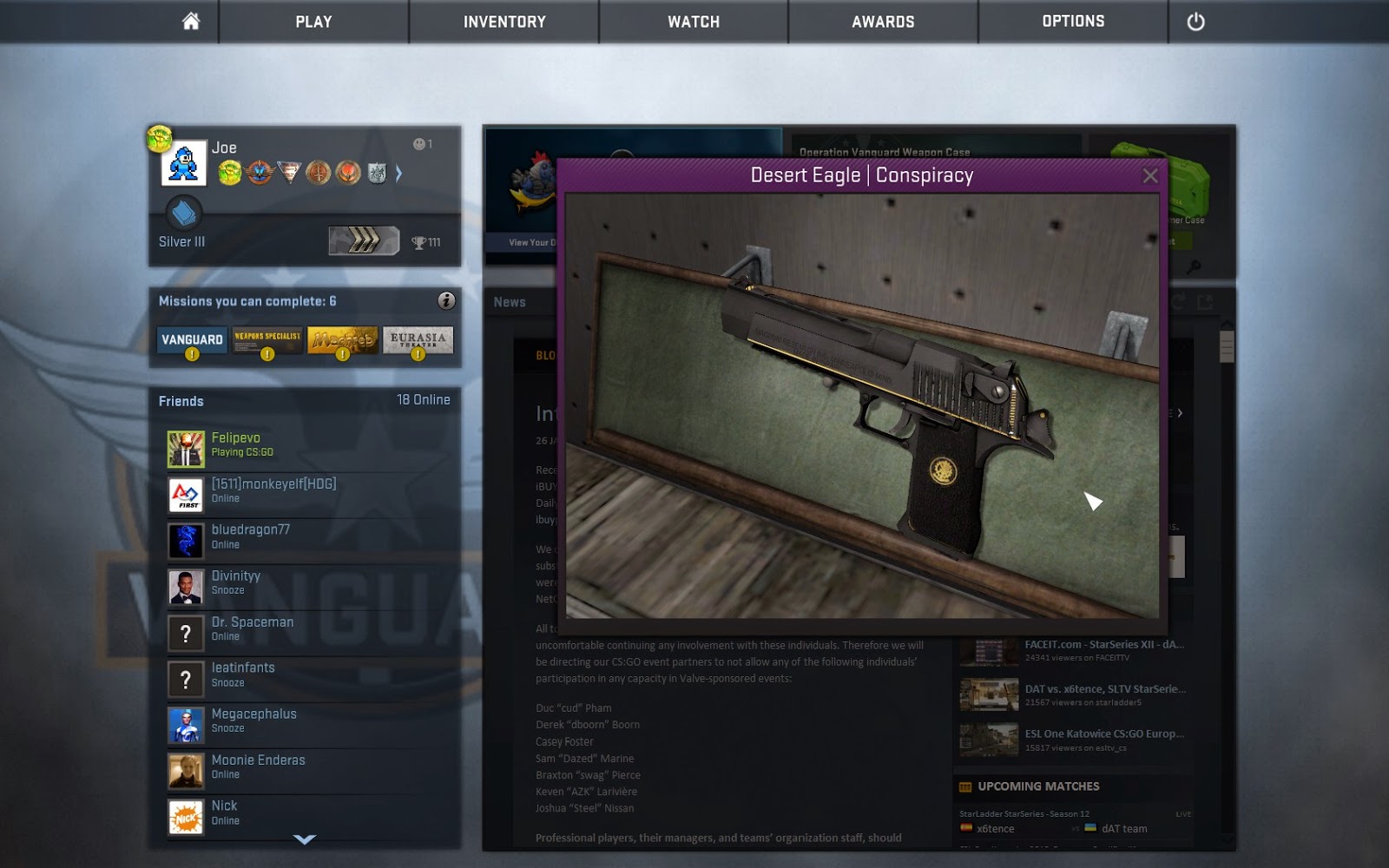 Conspiracy is exactly my kind of gun skin. Dark colors, highlighted by metallic accents. If the color scheme wasn't so close to the Pittsburgh Penguins' team colors, this might be my #1 skin. Alas, screw the Pens. 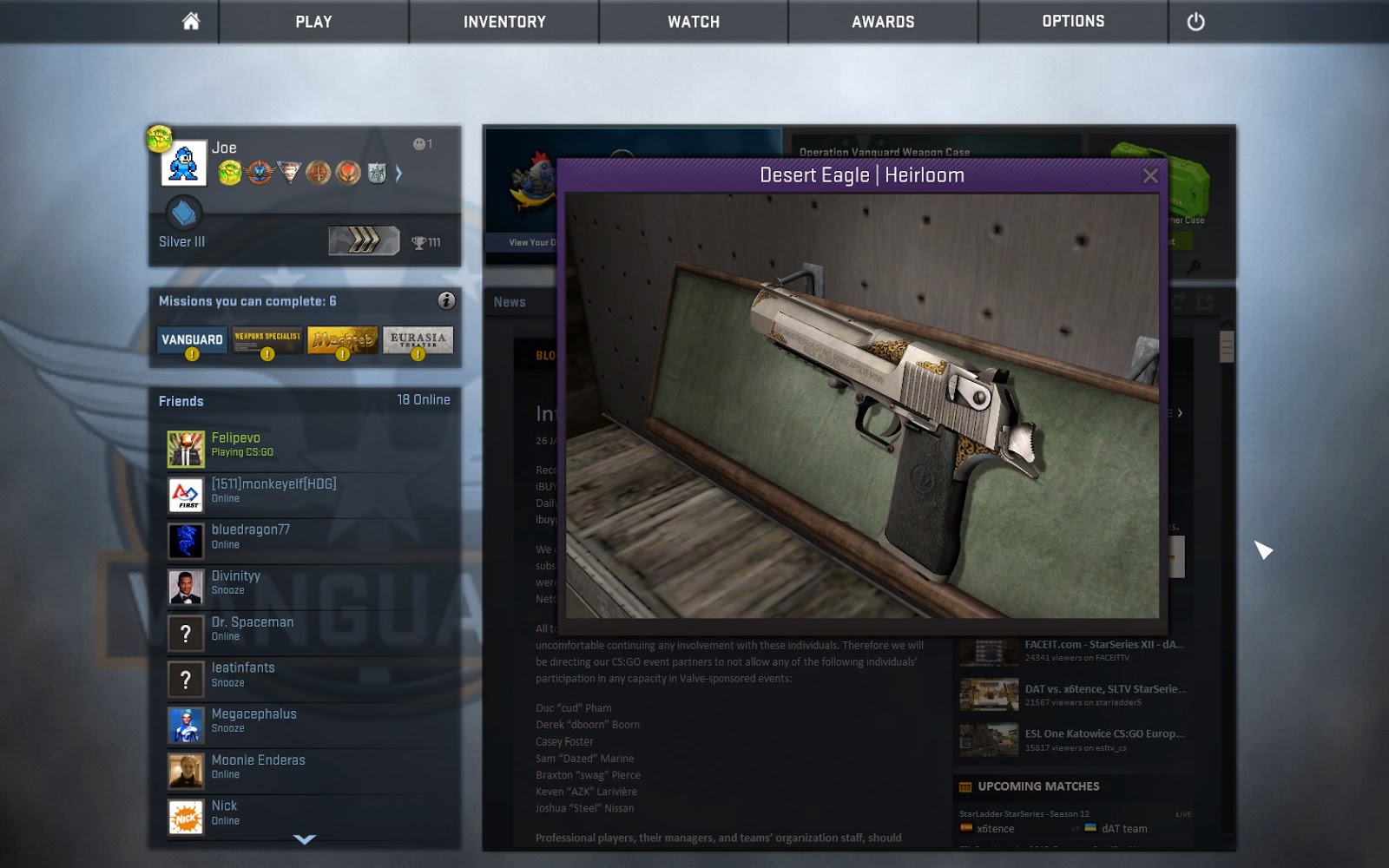 The Heirloom skin shares a lot of features with the Pilot skin from the Baggage Collection, so I excluded the Pilot from the list. No point in telling you I also like this other skin that looks like the one I just mentioned. Anyways, the Heirloom honestly looks the way I would expect a fancy base Deagle skin would look. I absolutely love it, and I'm glad I have my own version to use, even if I almost never use it.