Overall, I've been fine with the game quality of Star Wars: The Old Republic. It does definitely seem to be a little laggy at times; sometimes an ability will finish channeling on the server well before it shows on my end, or I'll miss an interrupt that it doesn't look like I should've missed. But all told, while it's not as crisp as World of Warcraft, the combat is fairly stable.

The video rendering can be a little twisty, though. Here are a few screenshots from my time in The Old Republic that I found pretty funny. None of them created a quest issue for me, so I could appreciate them as simple video quirks. 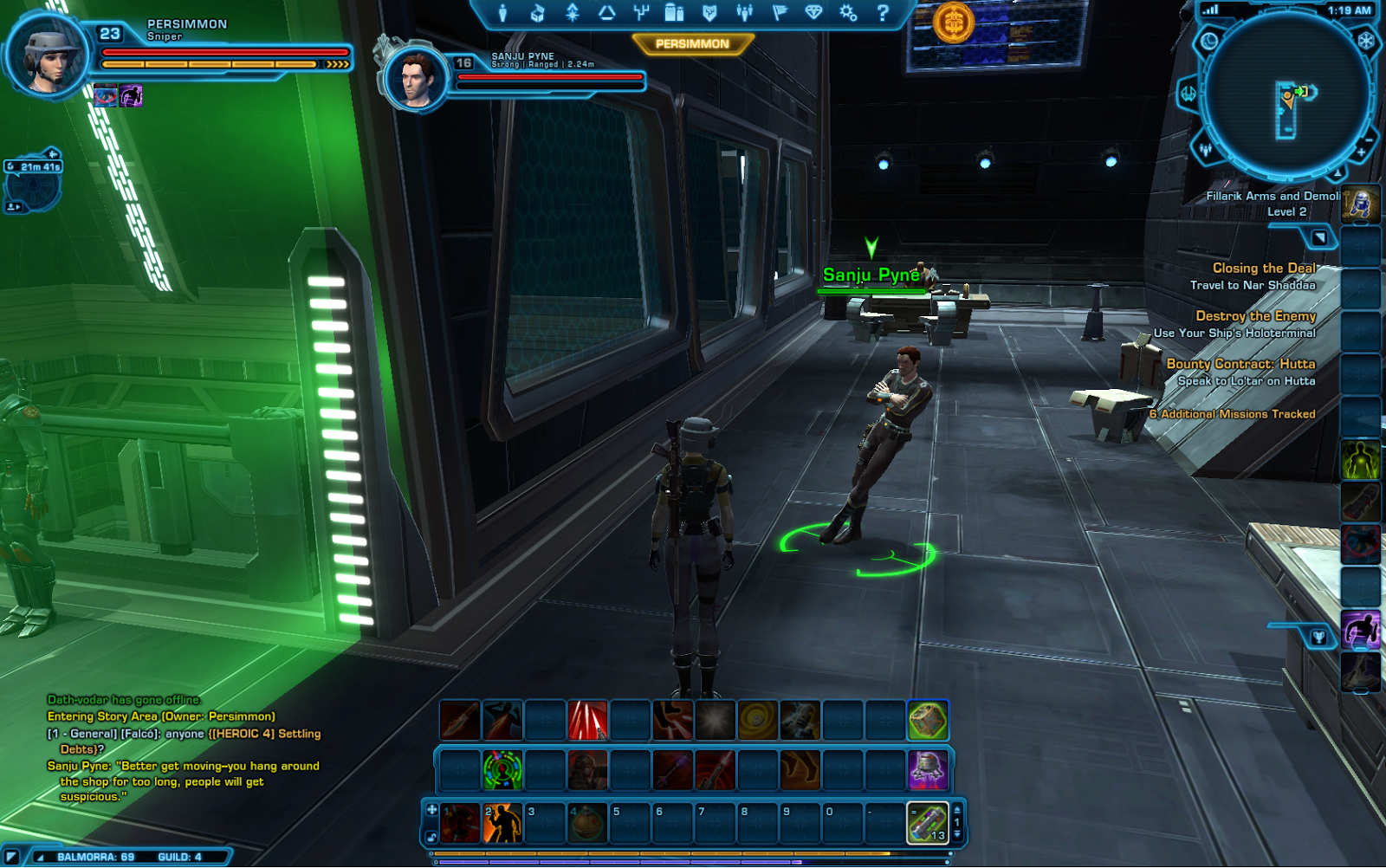 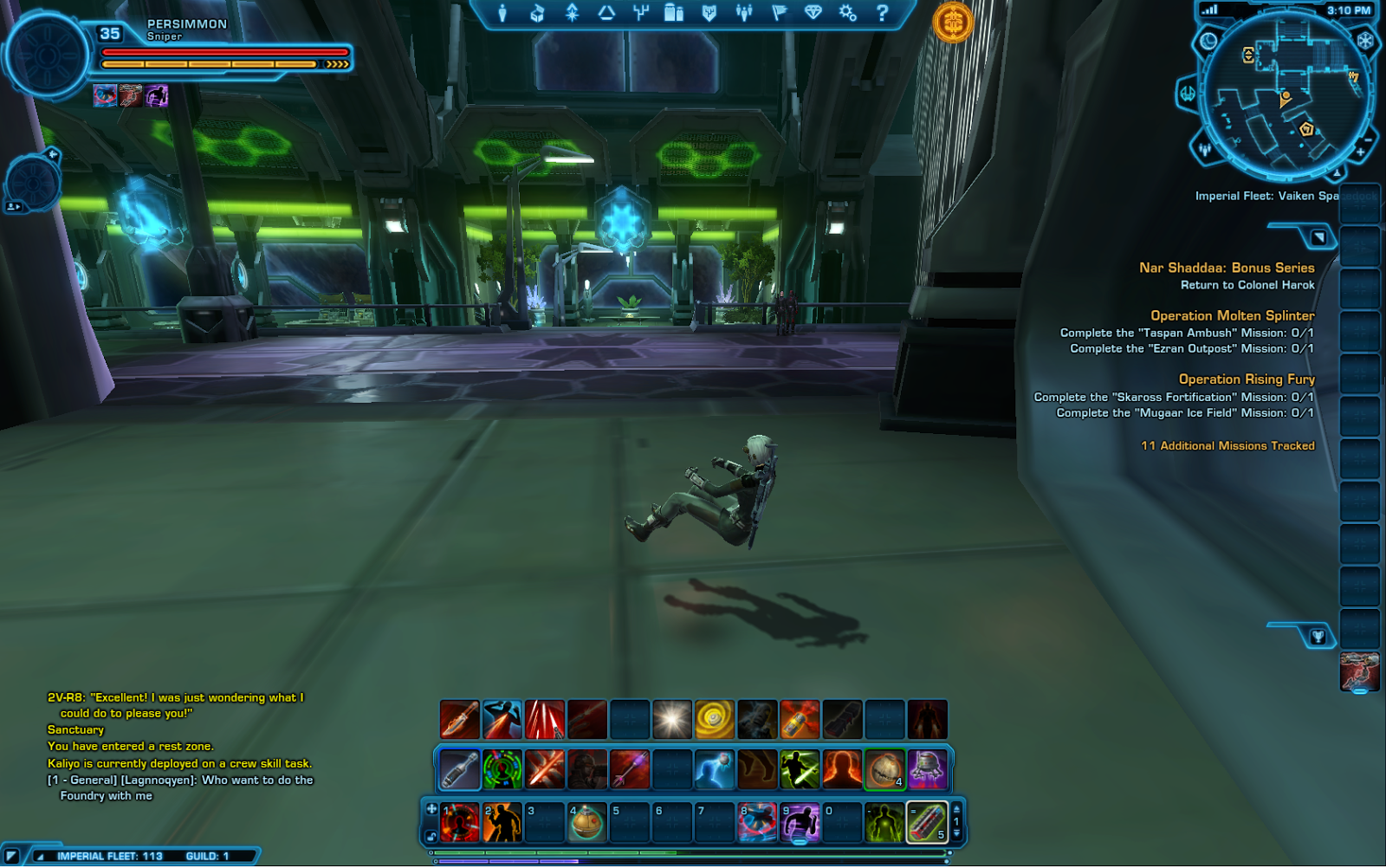 I've got one more image for you. It's not an issue with the video loading slowly or improperly, though. It's just a funny little design choice that I appreciate...even though I'm not a big fan of Johnnie Walker: 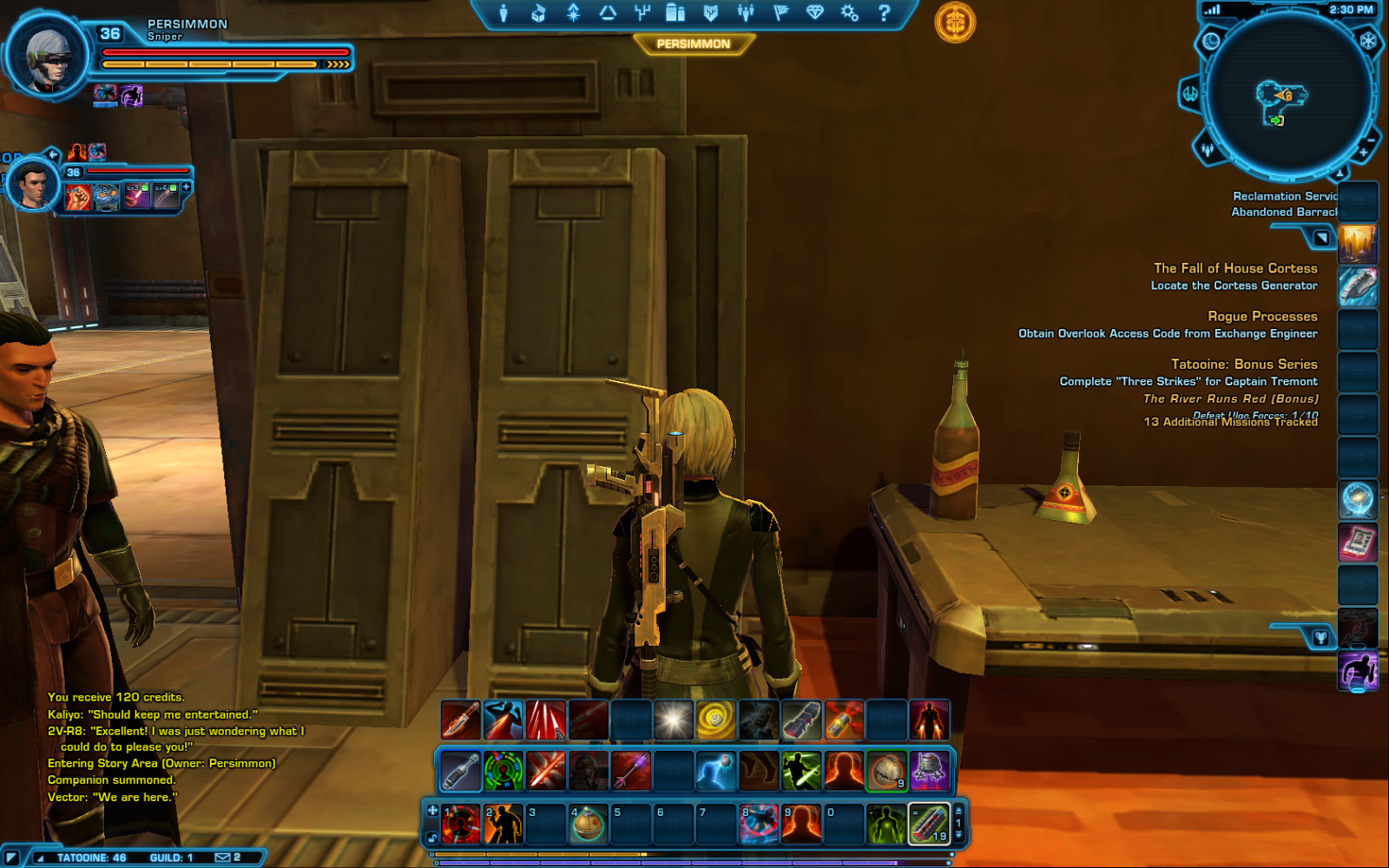